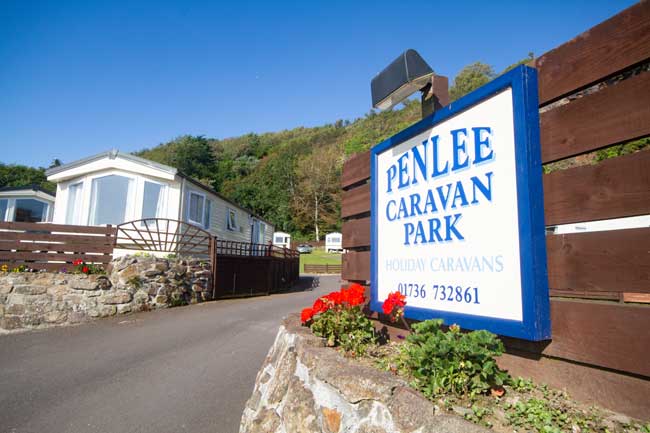 Penlee Caravan Park is a small quiet site with just 16 caravans and caters mainly for families and couples. The site is situated in a sheltered position along the seafront on the beautiful shores of Mounts Bay giving all the caravans magnificent sea views from Penzance and St Michaels Mount round to the Lizard

The charming fishing village of Mousehole with its picturesque harbour is just a 500-yard stroll along the seafront.

Penlee Caravan Park is ideally situated for exploring the locations used in the filming of the latest adaption of the BBC TV series, Poldark. Many of the locations are on the stunning Land's End peninsula. The coastline between Levant and Botallack with the Crowns Engine Houses perched just above the sea and the delightful Porthgwarra Cove are just two locations which are only a 15 minute drive away. They can also be accessed by public transport. 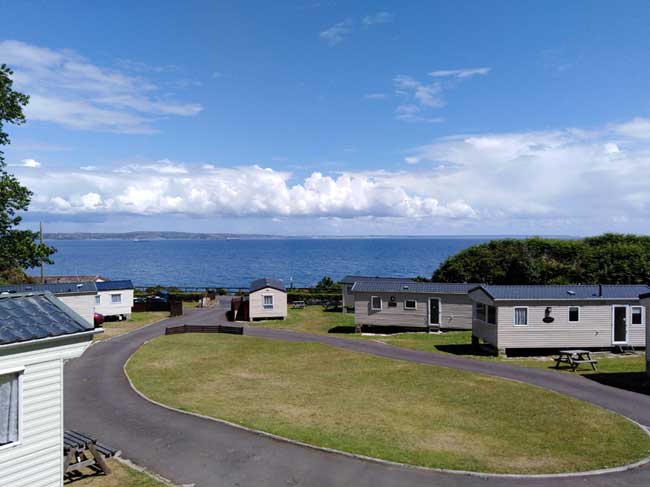 Penlee Caravan Park has stunning sea views
Our location is ideal for visitors who wish to explore West Cornwall's many coves, beaches and places of interest with Land's End and St.Ives only a 30 minute drive away.

From the site you can take the coastal walk, with its breathtaking views, to Lamorna Cove or take the coastal route around the Bay through Newlyn and Penzance to Marazion and St Michael’s Mount.

A regular bus service runs from the site entrance through Newlyn (1 mile) to the main coach and train station in Penzance (3 miles).

Fishing and sightseeing trips around the Bay and seal coves can be taken from Penzance harbour.

Day trips to the enchanting Isles of Scilly can be taken by boat (The Scillonian) from Penzance harbour or by flying from Lands End with Skybus.

With it’s stunning views Penlee Caravan Park is ideal for a relaxing holiday.
View All Caravans
Booking Enquiry
Give us a Call on
01736 732 861
What our Guests say...
In a fantastic location, caravans are beautiful overlooking the ocean.
Jane Morris   -   October 2019
Lovely quite park in a beautiful setting
Tracey Morris   -   July 2019
A clean and quiet Park with awesome views. Very convenient for walking,or the bus, which stops right outside. A very relaxing holiday!
Roz Nickel   -   July 2019
Wow what a fantastic little place this is, peaceful, clean,fantastic views from every caravan , owner is the perfect host nothing to much trouble for him . A beautiful place love it
Peter Jackson   -   May 2019
Fantastic caravan park in great location. Excellent for exploring the coast. 5 minutes walk from Mousehole, 10 minutes drive from Penzance. We had a great view of the sea from our caravan - just didn't want to come home. Thank you Dave, we will be booking again.
Tracey Salter   -   June, 2018
We stayed at Penlee caravan site towards the end of the season (2017) lovely peaceful place to stay with well catered clean and tidy caravans we have now booked for 2018 and the Mrs is already counting down the months.
Karl Steane   -   December, 2017
Just back from a week here. Lovely little site, perfect base for touring around Cornwall. We stayed in a Tebay caravan, had everything we needed and was very clean. Fabulous views and Mousehole was a 5 minute stroll away. The Ship Inn did lovely bar food and The Old Coastguard was great for an evening drink in their gardens looking out to sea. Overall ...  More Info very pleased with our first trip to Cornwall and would recommend Penlee Caravan Park.
Amanda Boult   -   April, 2017
Stunning Sea Views • Small & Friendly • 500m from Mousehole • Stunning Scenery • Family Run • Central Location. 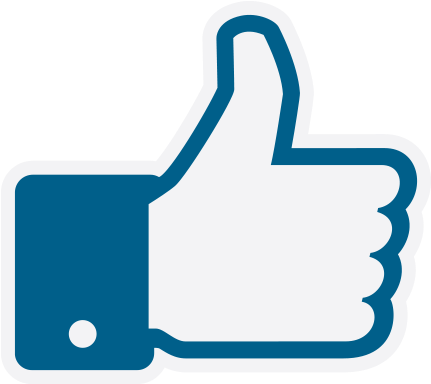 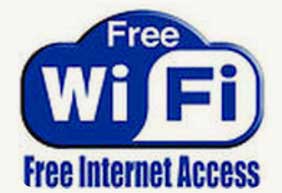